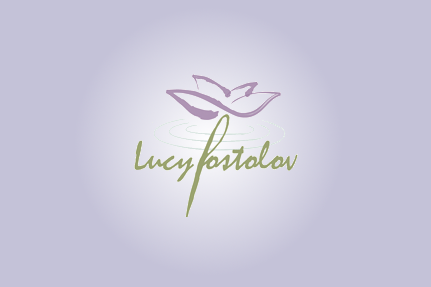 California criminal law details restrictions, punishment, and descriptions of various crimes. Moreover, the laws are categorized in several statutes for reference when deciding on a suspect’s case. While the existing codified laws are reliable, the California criminal law system is constantly undergoing various reforms. The changes have been sparked by several factors, including public uproar on inequality and discrimination. Additionally, the need to review laws for equitable dispensation of justice has played a considerable role.

Based on the updated details and the pending enactment of new laws, you want to consult a criminal defense lawyer who can explain the different expectations to uphold. Further, your lawyer plays a significant role in explaining the technical differences in the old laws, including the gaps filled by the changes. Some of the significant changes in the criminal law system include:

For example, you could receive a directive to partner with a mentorship program, where you receive exclusive guidance from experienced and trained persons in a specific field. Alternatively, you may be eligible for mental health special court sessions that consider any mental triggers that warranted your unlawful behavior resulting in misdemeanors.

Assembly Bill 3234 seeks to make the diversions accessible from January 1st of 2021 to any arrested persons facing misdemeanor charges. Since the bill’s provisions cover many offenses classified as misdemeanors, you are likely to benefit from the program, provided all requirements are satisfied.

However, several offenses are excluded from the diversion system based on their severity and their effects on victims. For example, committing a sex crime that leads to registration as a sex offender exempts you from diversion, even if the crime, is a misdemeanor.

Similarly, offenders facing domestic battery charges contrary to section 243(1)(e) of the California Penal Code will also lack access to the diversion provisions. This is because the threats exposed to the victims in a domestic setting may be recurrent. In some cases, the abuse victims may have filed a protective order that prevents you from contacting them.

Related offenses like inflicting corporal injury to your spouse or stalking someone will also exempt you from misdemeanor diversions. Thus, if you face any of the excluded charges after arrest, we recommend contacting a defense lawyer who will guide you through the most suitable steps to take.

You should also note that after starting the diversion program, the pending misdemeanor charges do not affect your status as a licensed professional or resident in the country. Subsequently, you can avoid problems related to deportation or violation of immigration laws.

Previously, section 290 of the Penal Code provided rigid directives for sex offenders facing registration, regardless of the nature of the offense. However, Senate Bill 384 aims to change the severity of sex crime registration requirements by introducing a three-tier system. It will take effect on July 1st, 2021.

Under the three-tier system, the years of registration vary, with tier 1 having the most lenient sex registration directives. The section is reserved for sex offenders who committed less serious sex crimes compared to other categories.

Mostly, the types of offenses in this tier should not have caused significant danger to the victim. For example, offenders who faced sexual battery charges can benefit from the tier 1 provisions. Hence, offenders will only have the sex offender title for a maximum of ten years. Afterward, they are eligible for a clean slate in life by having the title stripped.

The second option is tier 2, reserved for moderate sexual offenses. Commonly, crimes categorized under this section may have caused harm to the victim and led to traumatic experiences with involved parties. For example, committing lewd acts with an underage person is a serious offense that requires additional penalties imposed. Subsequently, you will have to hold the title of a sex offender for at least twenty years before you can have it removed from records.

Lastly, tier 3 registration is reserved for the most severe sex crimes, including human trafficking for sexual exploitation and rape. Owing to the adverse nature of the crimes, offenders under this section will still have to retain their titles for life.

Juvenile defendants are also accommodated in the reforms, as they will register as offenders for five to ten years after being held as a ward of the court.

Upon the lapse of the registration period, you will need to file a court petition to remove the registration. To do this, you want to partner with your defense lawyer to confirm your eligibility and represent you in court. After the hearing, the presiding judge will take a maximum of sixty days to assess whether you satisfy all qualifications.

The use of harmful devices and positions to detain suspects during arrest poses a risk to the credibility of law enforcement efforts. Assembly Bill 196 will change the provisions guiding the use of force to ban chokeholds and carotid restraints. By including these prohibitions in legal operations, the California criminal system aims to prevent the repetition of grievous events similar to George Floyd’s case.

Consequently, law enforcement officials are prohibited from holding suspects in a way that restricts their windpipes, leading to reduced air passage and choking. The position of restraint can be fatal to the person subjected to pressure, leading to unforeseen outcomes.

Carotid restraints also play the same role by exerting pressure on the neck, leading to the suppressed air intake. Any law enforcement officer found to use these prohibited restraint methods will face strict repercussions, as he/she will have violated the law. Therefore, facing any of the described use of force during an arrest operation qualifies you to file a complaint against the officers responsible for the misconduct.

American citizens have a constitutional right to vote, as their input can lead to a reasonable influence on their future leaders. Owing to the importance of voting, the legislature has presented proposition 17 that seeks to modify the constitution. If the changes are accepted, felony convicts on parole will have access to voting rights.

Additionally, you may have a chance to run for government office despite being a parolee if the proposition is considered. As a result, you can use your influence in society to push for reforms and provisions for better criminal systems after successfully securing a seat in office.

Nevertheless, several offenders are excluded from the eligibility to run for office as parolees. For example, you will not access the provisions if you have previously committed perjury. Moreover, being guilty of bribery offenses has the same effect, preventing you from running for office.

The rise of shared content on the internet in videos, images, and blogs has exposed numerous instances where agitated persons called the police on innocent persons. Typically, the persons making a report to the police are motivated by racial discrimination and the intention to harass the victim.

Subsequently, numerous cases involving frivolous reports against another person have led to the development of regulations that prevent false police reports. Under Assembly Bill 1775 that takes effect on 1st January 2021, anyone found guilty of making a false police report will face a misdemeanor charge. The sentence will include punishments for the committed hate crime, including spending up to one year in jail or paying a fine of $500 to $2000.

Moreover, the aggrieved party can sue the person who filed a lawsuit against him/her to seek compensation for any harm caused. If you are in this position, we recommend seeking the guidance of a qualified attorney who can help you determine the best claims to present in court.

From 1st January 2021, Assembly Bill 1950 placed a time limit on the probation durations for persons facing misdemeanor or felony penalties. This means that you may serve a lower probation period than earlier provided for, as long as the type of charged offense is provided for. As a result, you will complete your sentence sooner than expected and have a chance to restart your life after conviction.

Sometimes, underaged offenders experience harsh conditions upon receiving a mandatory juvenile sentence. Consequently, some may not receive the intended correctional guidance required before their release. Others may also suffer from long-term traumatic stress after dealing with extreme harshness in the facilities. Thus, Senate Bill 823 intends to gradually phase out juvenile institutions, including the State Division of Juvenile Justice.

Instead, the state will establish the Office of Youth and Community Restoration to provide a better avenue for youth counseling and character development. Moreover, the young persons will have a chance to maintain family relationships by remaining home throughout the community restoration program.

Any person under eighteen years deserves a chance at obtaining opportunities in their academic and career life, despite their previous involvement in a juvenile case. Subsequently, Assembly Bill 2425 was drafted to enhance access to the confidentiality of records for past juvenile cases. The provision is mostly useful for minors who are now beyond a juvenile court’s jurisdiction, meaning that they may face trial and retain a criminal record like adults.

Thanks to the provision, the suspected persons will evade receiving a criminal record and may have a chance to resume their pursuit of various opportunities. Moreover, the concealing of juvenile records is important to protect you from adverse effects after a law enforcement officer questions you.

Racially motivated injustices have dominated the criminal justice system, making it important to review the law and include more regulations that protect minorities. Due to this, Assembly Bill 2542 has been drafted to bring the California Racial Justice Act to life. The act prevents judicial officers and other law enforcement personalities from using a person's race, ethnicity, or nationality to discriminate against him/her. Moreover, the act empowers you to file a complaint upon facing discriminatory treatment like the use of racial slurs, evident inclination to frustrate you, or unwarranted convictions with insufficient evidence.

Find a Criminal Defense Lawyer Near Me

While the legislature is actively working towards implementing the various reforms discussed above in criminal law, having a lawyer to help you understand the significant changes is crucial. He/she will help you determine your eligibility to benefit from the new changes and present your petitions in court. Additionally, you better understand the different benefits granted to you as protection from harassment, discrimination, and bias. At the Law Office of Sara L. Caplan, our clients facing criminal charges in Los Angeles, will receive reliable defense services from our dedicated team to support them navigate their criminal cases. For more information, reach us at 310-550-5877.