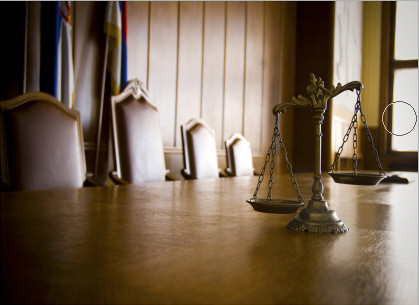 For what seemed to be a promising future for the Los Angeles criminal justice system, there have been a few setbacks that the new District Attorney, George Gascon, has to deal with. A few months after he was sworn in, George Gascon seemed to face a potential recall from the highly coveted LA county district attorney position. So, what are these reforms that law enforcement leaders in Los Angeles seek to fight to the point of pushing George Gascon's recall from office?

George Gascon has been a popular figure in California for a while. For someone who has garnered support from renowned people like Vice President Kamala Harris, U.S. Senator Bernie Sanders, Governor Gavin Newsom, there is much to learn about his growing popularity.

From a monolingual Spanish speaker who migrated from Cuba back in 1967 to a patrol officer in the LAPD'S Hollywood division, Gascon has come from a long way to heading the largest local prosecution office in the United States. Gascon worked his way up through LAPD ranks to an Assistant Chief of Police Under Bill Bratton from a patrol officer.

As assistant chief of police, he oversaw operations for more than 9,000 officers overseeing major investigations involving homicide, corruption, and the growing number of gangs in Los Angeles. Gascon was then appointed to be San Francisco's chief of police by the then-mayor Gavin Newsom after working as a Chief of Police in Mesa, AZ. In 2011, Gavin Newsom tapped Gascon as the new San Francisco's District Attorney after Kamala Harris vacated her seat and was elected as California's Attorney General.

Gascon's commitment to service, public safety, and fairness has been vivid in his tenure as San Francisco's District Attorney. Under his tenure, he became the first DA in the United States to call for the end of cash bail and launch an automatic record clearing program for marijuana conviction after legalization.

He is also the only DA to support a state law that requires stricter standards for police using deadly force. Other accomplishments include creating an independent investigation bureau to limit conflict of interest when police officers investigate themselves following a critical incident and prosecuting more than double the national average of sexual assault cases.

One of the things that stands out with Gascon is his enthusiasm for criminal justice reforms through the notion of public safety, fairness, and service. This explains why George Gascon gained 53.5% of the DA's election against Jackie Lacey, who served the Los Angeles local prosecution office for eight years.

George Gascon had outlined sweeping plans for criminal justice reforms once he was sworn into office. Some of the significant changes that he vouched for include cash bail use, removal of sentence enhancement, and the need to overturn unjust convictions.

He also sent an open letter to police officers in Los Angeles explaining his intentions to investigate all police shootings by making the DA's office the sole agency responsible for this investigation. In the open letter, he highlighted the existence of "profound intolerance" for dishonest officers.

As a former LAPD officer and a Department assistant before being elected as San Francisco's DA, George Gascon has witnessed many aspects that need changing in the criminal justice system. Among these reforms include:

Gascon also vowed to no longer send District Attorneys to parole hearings to oppose possible release for defendants but would re-evaluate thousands of cases for resentencing, prioritizing those of prisoners at risk of death from Covid-19. Following his history of criminal justice reforms in San Francisco that oversaw the depopulation of jail to about 30% while simultaneously reducing violent crimes to historic lows, it shows how well capable he is to echo the same reforms in Los Angeles.

Gascon's justice reforms have gained support from numerous people. According to Jody Armour, a law professor at the University of Southern California, his reform proposal marks a 180- degree turn on the commitment to the judicial system's moral framework. He admits that these proposals will mark a turning point from retribution, retaliation, and a revenge-dominated justice system and move towards a more rehabilitative and redemptive approach.

These reforms have also gained support from people behind bars, giving them hope to spend time outside prison rather than believing that they would die inside. Rahsaan Thomas, a 50 years' prisoner in San Quentin prison with a 35-year enhancement, added on his second-degree murder conviction, has voiced his support for Gascon's reforms. Thomas is worried about the state of his imprisonment following the death of one of his friends due to Covid-19, but he has hope of a possible early release if Gascon's reforms sail through.

In his support of these reforms, George Gascon stated that his biggest goal is to reduce mass incarceration and enhance public and community safety and health. He believes that the levels of imprisonment for the past four decades haven't made society safer. He believes that with a lot of science and data backing his reforms, it's easy to prove that lesser incarceration can provide a healthier community.

Apart from that, the reality of escalating systematic racism backed his support for removing sentence enhancement. After he was questioned about George Floyd's killing by a police officer during one of his campaign interviews, Gascon emphasized the need for police accountability, especially to cases related to people of color, and that's what he's eager to achieve during his tenure.

A few months after George Gascon assumed the Los Angeles District Attorney's office, he faced several challenges that would diminish his efforts to reform the criminal justice system. Unexpectedly, many of his deputies moved to court to block these reforms through the union representing them and prosecutors.

According to Michael Hanisee, a deputy district attorney and president of the union representing rank-and-file prosecutors, he considers Gascon's reform philosophy to prioritize the accuseds’ needs and ignore the victims’ needs and public safety.

Richard Ceballos, an LA prosecutor who has served for thirty years, has also backlashed the idea of reformation made by Gascon. He terms him as "a person who acts as the savior of the LA criminal justice system, who intends to work by his rules without consulting anyone." Although Ceballos had challenged Lacey and supported Gascon's bid for LA's District Attorney, his approach made him reconsider his support and decide to challenge him.

More resistance has been witnessed against these reforms, especially after the wife of a deceased LA county Sheriff Sgt. Steve Owen, the co-chair of the campaign to recall Gascon became the center stage of the resistance. She argued that her husband's killer deserves a death sentence as per the former DA Jackie Lacey's recommendation. However, with the ongoing campaign to reform death sentences under the new DA, Sgt, it seems Owen's killer would not face the kind of punishment that she expects.

Ironically, the union representing over 1,000 of LA's prosecutors sued Gascon to court following his directives to reform the criminal justice system. The union claimed that the reforms violated the prosecutors' oath of office, state laws, and professional and ethical responsibilities.

Following the court's ruling, the union believes that it was right to stop some of the directives since they violated the law and would benefit criminal defendants. They also believed that the ruling holds superiority against the reforms since the court represents the community affected by high crime rates and those victimized.

Gascon said that he would appeal the ruling, although it wouldn't affect most of his directive. LA County Superior Judge Chalfant seemed to agree to the resistance against these reforms partly. He disregarded the idea of removing the "three-strike law," affirming that this form of sentence enhancement is necessary when a defendant commits a robbery with a gun or is a known affiliate member of a gang.

In response to the court ruling, Gascon said in a statement that his directives are a product of the people's will, including crime survivors. He firmly believes that substantial research on these reforms will prove that his approach will advance the community's safety and belief in the criminal justice system.

Although the level of a setback on Gascon's criminal justice reforms seems to be high, there are shades of hope that most of the reforms that he aims to achieve will come to be, if not all, of them. According to Miriam Krinsky, the executive director at Fair and Just Prosecution, she believes that Gascon will ultimately prevail in enacting his reforms since he represents the voters, who were well aware of his intentions and voted him into the DA's office.

Laurie Levenson, a criminal law professional at Loyola Law Schools, has also stated that the ruling against Gascon's reforms is not the final word. She also believes that these changes will come to be if Gascon can fine-tune the directives, apart from appealing the ruling. She finds it odd that the DA's deputies are at the forefront of fighting these reforms, but she understands that most of them are not up to the task that comes with the reforms.

George Gascon represents a crop of District attorneys who aim to reform the criminal justice system and uphold fairness, security, and service to citizens. With the success of criminal justice reforms witnessed in states like Texas, Philadelphia, and Chicago, there is a strong belief that people in Los Angeles will witness these reforms in California under George Gascon's stewardship.

Learn More About LA’s Criminal Justice Reforms from Our Attorneys

In all legal developments or changes in Los Angeles and the California criminal justice system, the Law Office of Sara L. Caplan is committed to understanding and helping our clients adjust to the changes. Contact us today at 310-550-5877 and learn how we can help you.