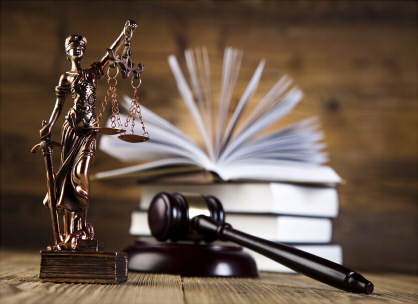 California's Three Strikes Law is a sentencing scheme that requires criminal defendants who are convicted for three serious felonies to receive a prison sentence of twenty-five years to life. The Three Strikes Law is extremely serious. Under California Penal Code 667, if you are convicted of a serious felony, you will have one strike in your record. After three felony convictions, you will have three strikes, and you will face twenty-five years to a life sentence without a possibility of parole.

The consequences of the three-strikes law can be detrimental to your life. Therefore, if you face charges that carry the three-strikes penalty, you should seek legal guidance from a competent criminal defense lawyer. We understand that all humans make mistakes, and we will work hard to fight so that you do not receive the penalty imposed under this statute.

The Three Strikes Law imposes harsher penalties for individuals with a prior strike in their record. You receive a strike in your record after a conviction for a serious felony. During a criminal case, the prosecution will try to prove prior strikes by submitting your conviction records. As long as the offense in your record is a serious or violent felony, it is considered a strike. Punishment differs between individuals with two strikes and a defendant at the third strike:

California's Three Strikes law also punishes individuals with two strikes in their record. If you have a strike in you are a record and face a conviction for a felony, you are considered a second striker. Second strikes receive a sentence that is double the normal maximum sentence for the alleged crime.

In California, inmates earn custody credits for time served with good behavior. The custody points aid an inmate in securing a release after only serving 50% of their sentence. However, defendants convicted for a second strike must serve at least 80% of the sentence. If you fall under the three-strikes law and face more than one criminal charge, you must serve the penalties for each consecutively.

The penalties imposed under the Three Strikes Law can affect your life significantly. Therefore, consulting with a criminal lawyer is crucial when you are facing felony charges.

Under California's Three Strikes Law, you will be considered a third striker if you have been previously convicted for violent felonies on two accounts and are currently facing felony charges. If you are convicted of the felony, you risk facing twenty-five years to a life prison sentence. If you have two strikes, but the felony you are charged with is not a strike, you will face a double sentence for the felony conviction.

However, in the following circumstances, you can be treated as a third striker even when your third crime is not a strike:

Crimes that Count as Strikes Under California Three Strikes Law

Under the three-strikes law, a strike is a conviction for a violent felony or a serious felony. Under CPC 667.5, violent crimes may include

When you commit a felony using a firearm, you will receive a strike in your record. Some of the common felonies classified under California Penal Code 1192.7 as serious felonies include:

The statute specifically excludes some felonies such as unarmed robbery and arson that do not threaten human life. However, you have the burden to prove that your crime did not involve aggravating factors.

If you are convicted outside California for a crime that counts as a strike under California's three-strikes law, the crime may still count against you. If you are later convicted for a California strike offense, you will face penalties under the three-strikes law. However, your attorney can help you fight the use of out-of-state convictions as strikes.

A juvenile strike conviction results in:

The three-strikes law imposes twenty-five years to life for defendants at the third strike and doubles the sentence for these at the second strike. However, some strike defendants may be eligible for parole. In 2016, the voters passed an amendment to the constitution where everyone convicted of a nonviolent crime can be released on parole.

However, for you to be eligible for parole while serving a conviction under the Three Strikes Law, you must have completed your primary sentence. The primary sentence is a maximum sentence designated for a particular crime and does not include enhancements such as three strikes. If you are convicted of nonviolent strike offenses, you can apply for parole.

If you or your loved one is serving a lifetime prison sentence under California's Three Strikes Law, you may be eligible for a resentencing and have your prison sentence reduced. When Prop 36 of the California constitution was passed, many inmates served 25 years to life who wouldn't this long sentence under the new law. If you are serving a life sentence under the Three Strikes Law, you can petition for a resentencing. This may ensure you are released right away or sooner than expected.

However, the new law has some exceptions, and prosecutors are likely to fight your attempts to secure a lighter sentence. Also, California courts are overwhelmed with three strike sentence reduction cases. Therefore, it is essential to hire a skilled criminal attorney to guide you through the appeal process.

Even though the California Three strikes law is harsh regarding repeat offenders, your prior strikes can be dismissed. You can file a motion and schedule a hearing to argue the motion in an attempt to have the strikes dismissed. A Romero Motion requests the court to dismiss your strikes in the interest of justice. Some of the factors that the court may consider when deciding to dismiss prior strike offenses include:

It is crucial to understand that even when the judge ignores your strike, it will remain in your record and can be used against you if you face felony charges in the future.

The penalties imposed under California Three Strikes Law are very harsh. Often you will serve a lengthy prison sentence that could destroy your life. Even though it seems like habitual offenders are not worthy of a second chance, you can defend against the three strikes and avoid the conviction. There are many legal defenses that you can present to fight a three strikes charge.

You can avoid the penalties that accompany a three-strikes conviction using the following strategies:

If you face criminal charges for a violent or serious felony, you risk facing a life sentence, especially when you are a repeat offender. Therefore, if you can establish that you are not guilty of the current charges, you will avoid the three strikes penalties. In each California criminal case, there are specific elements that a prosecutor must establish to secure a conviction.

With guidance from your attorney, you can make it difficult for the prosecutor to establish your guilt. If you are not convicted for a strike offense, then you face a lesser penalty. Also, you can work your way towards a reduction of our charges. Therefore, if you have one strike in your record, a conviction for a non-strike will not prompt penalties under the three-strikes law.

However, it is crucial to understand that multiple strikes could arise from a single case. If you have had a two-strike level offense from one case, you can face serious penalties even when you are not a repeat offender. Therefore, it is wise to proceed with competent legal insight.

Claim that the Alleged Priors are not Strikes

Before you face the Three Strikes Law’s penalties, the prosecutor must establish that you have prior strikes in your record. Prosecution establishes this fact by pulling up your prison and court records, fingerprints, among other documents.

You can avoid a double sentence or a life sentence by arguing that the prior convictions were not strikes. There are specific elements of a crime that makes it a strike. For example, a crime of assault is considered a strike if you discharged a firearm. You can argue that although you were involved in the crime, you did not discharge the firearm. This could create doubt on whether the conviction is a strike.

Another crime that is considered a strike is the sale of hard drugs to minors. If you can argue that you sold the drugs, but the buyer was an adult, or you had a reason to believe so, you can avoid the consequences that accompany strike offenses.

Find a Criminal Defense Lawyer Near Me

The Three Strikes sentencing laws affect individuals with previous felony convictions. The three-strikes law is aimed at removing from society repeat offenders who commit felonies. This removal would increase your sentencing by up to double the previous sentence. At the third felony conviction, the court will likely impose a twenty-five-year to life sentence for violent felonies.

If you or your loved one faces felony charges, it is imperative to consult a competent criminal defense lawyer. The earlier you can discuss the charges with your lawyer, the better it will be to build a strong defense and achieve the best possible outcome. If you are battling felony charges with the potential to invoke the Three Strikes Law in Los Angeles, CA, we invite you to contact the Law Offices of Sara L. Caplan for legal guidance and representation. Call us today at 310-550-5877.